Where the arts thrive, freedom of expression thrives. Art can directly empower the most vulnerable members of society. How does art create social change? Today, artists are committing themselves to create works that address pressing social issues. Using their platform to advocate for changes that the world needs. While some artists use traditional forms of art to make work that reflects on social change others are reaching out – adhering new mediums. This engages communities in an interactive exchange. For example, an artwork might take the form of a website, a street performance, a story exchange, or an urban planning project. Socially engaged art ignites outrage and demands for change. Creating, a platform for reflection, collaboration, and building community. These artistic expressions focus on the community, whether it is local or global.

Many movements in art history have tried to change society in one way or another. Responding to the first world war, Dada artists advocated for silliness and nonsensical behavior in daily life. Groups like the Situationist International played a major role in the revolutionary Paris events of 1968. Exposing the divisions between artists, consumers, and the means of production. And of course, art takes the form of protest, when addressing political and social issues with direct action.

In 1969 a group of Moroccan artist known as the Casablanca School traveled to Marrakech. Owing to the majority of their style to the aesthetic of Bauhaus in Germany, they staged an exhibition in the street. Tapping into the history of abstraction in Arabic art, and heavily influenced by the “hard-edge” paintings in New York by Frank Stella or Elsworth Kelly. They staged an exhibition in the streets. The paintings hung on the city’s dusty walls, were a riot of color and pattern. Taking place near the city medina the Exposition-Manifeste intended to snub the official showroom of Moroccan art.

In more current events, companies like Facebook have faced backlash from censoring art. So much so that they were forced to meet with activist protesting the site’s stance on female nudity. The #FreetheNipple movement is bringing awareness to the constant inequalities women face when bearing their bodies.

How Art brings about Social Change

In 2014, a Pakistani teenager called Saba Qaiser was shot by her father and uncle and thrown into a river. It was her punishment for having eloped with a man she loved. Saba survived and became the protagonist of the documentary about so-called honor killings. A Girl in the River: The Price of Forgiveness. The film went on to win an Oscar.

After seeing the film, Pakistan’s Prime Minister Nawaz Sharif promised to take a tougher line on honor killings. Consequently, he fulfilled his promise. Parliament passed a new law that will make it much harder for the perpetrators to walk free.

In this case, through the power of storytelling, the Pakistani people called for change. Good art educates and creates empathy, and empathy and understanding leads to change. Global leaders in business and politics are increasingly aware of this. Investitures in art is a way of engaging with communities. Thus, improving lives and boosting economic growth. Of course, stories of injustice, protest and resilience are waiting to be told all over the world.

Art and the artist plays a major role in our society. An artist leads, follows, uplifts and provokes us with their work. Creative thinking for social change comes from politicians, economists or business leaders. Likewise, it can come just as easily from musicians, journalists, and visual artists. Art not only provides pleasure and creative inspiration; it also creates a dialogue and brings important issues to the public eye. 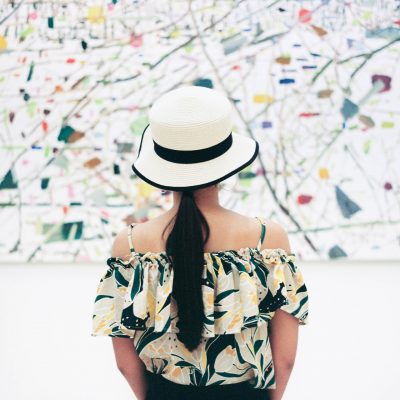