Located in the neighborhood of Little Tokio, it opened in 1983 with the name of “The Temporary Contemporary” as a temporary exhibition space during the construction of the MOCA Grand Avenue. Once a warehouse for police cars, the building was renovated by Canadian-American architect Frank Gehry and renamed Geffen Contemporary in 1996 following a substantial donation from the David Geffen Foundation. With over 3,700 square meters of exhibition space, the Geffen is the largest of the MOCA locations.

The Geffen Contemporary In Little Tokyo

Since the beginning MOCA adopted a multidisciplinary approach to contemporary art. The museum exhibits consist mainly of contemporary American and European art created after 1940.

If the MOCA Grand exhibits renowned artists’ collections, the Geffen is home to the most innovative forms of contemporary art. Thanks to its wide spaces it permits to host large-scale works and multimedia installations.

Nevertheless, it seemed to need a conceptual modernization. The long periods of closure between exhibitions encouraged Director Klaus Biesenbach to think of renewed purposes.

On this Thursday MOCA announced that $5-million will be used to transform the space for more performances.

This comes as a reply to a social need for authenticity. In this period, where social media redefined the usages of communication, people look for what’s real. The new Geffen Contemporary will emphasize artistic performance. The area will be hosting artist rehearsals, concerts, readings, experiential installations and screenings, among other events.

“It’s an open and free space to be filled with ideas to come,” he said. “That’s what we mean when we talk about the cutting edge — anticipating artists and inspiring artists to develop something for this new format.”

Innovation and interactivity seem to be the artistic challenges of the renewed area of ​​the MOCA. For now the renewal plan has only been announced, but the expectations are already high.

The reconfiguration of the museum will include theatrical lighting and the installation of audiovisual systems for artistic performances. Furthermore, there will be a new bar and restaurant alongside the square. About 14,500 square feet will host Wonmi’s Warehouse Programs, while the other 27,000 square feet will house more traditional exhibitions.

Visited by millions of people each year, the MOCA is undoubtedly one of the most renowned and important global museums of contemporary art. Over the years it has become a great example of museum architecture with its pyramids and its red sandstone cladding.

Now the museum opens up to a new phase of artistic exploration that will see Geffen Contemporary as protagonist. The popular sightseeing spot in Los Angeles is preparing to become an artistic pole destined to grow in importance. Even if it might be too early to announce a programming lineup, the Geffen Contemporary is on the road leading to a redefinition of the artistic expression in Los Angeles. 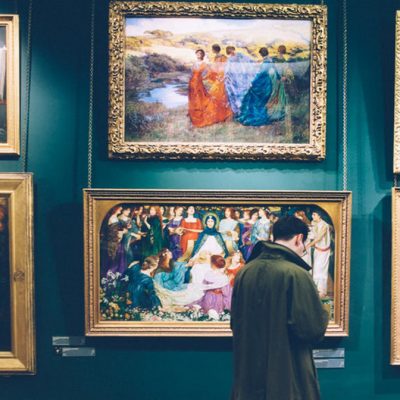