Drawing is one of the oldest types of art. Over time, the techniques and subjects of the drawing evolved incessantly. In particular, drawing is considered one of the most effective means of expression, which is why it has become the favorite tool for the diffusion of ideas and beliefs. Today, contemporary drawing has obtained its proper recognition, becoming a figurative art no longer less precious than painting.

The most recent history of the contemporary drawing shows us a new trend towards experimentation and convergence of multiple compositional techniques in the same work. In 1960 the creative curtain rejected the traditional approach in favor of abstractionism. Subsequently, a new interest in figuration became established globally.

After the 70’ies a new path for drawing opened towards cartooning and editorial illustrations. That is also due to the development of technical drawings in the fields of architecture and engineering.

In recent decades, in particular, artists have crossed the boundaries of drawing, giving it new connotations. Drawing has become performative. It has been enriched with new techniques and materials. The artists began to use different creative approaches in the composition of the work. For example, British artist Roger Ackling used a lens to burn marks into a piece of wood. He ‘drew’ on the wood with the heat of focused sunlight!

As Rose B. writes in ‘Allegories of Modernism: Contemporary Drawing‘, MoMA, New York, 1992

“As drawing has moved toward its new status it has asserted both its linear autonomy and its conceptual control over other disciplines. Although increasingly an independent mode, it has become inextricably mixed with other mediums, with painting and painterly devices, with color, and with the paint itself. Distinctions between painting and drawing – and printing – have become blurred, and the support no longer invariably serves as a dividing line between disciplines.

A new language of the visual arts has thus emerged in the last two decades based on an expanded field of operations for each of its disciplines, on new relationships among them, and on the use of technological means.2In the past contemporary drawings were usually treated as less valuable artworks than paintings. Recently they seem to be enjoying a renaissance among art enthusiasts. According to Artprice, the auction prices for drawings by established artists have been rising for 5 years. The popularity of contemporary drawings is also increasing. “

Systems and process of Contemporary Drawing

Some of the most remarkable contemporary artists today use collage techniques. Consisting of the combination of techniques, fabrics, and other elements, it was recognized as a valuable artistic approach just at the beginning of the twentieth century. Contemporary collages can include other media, even elements digitally composed. The new variety of artistic options influenced the usage of traditional instruments like pencils, graphite, inked brushes, pen and ink, various kinds of paints, crayons, charcoal, pastels, and chalk. For example, Cameroonian artist Salifou Lindou’s works are a mixture of materials. He shapes, structures and restructures with sheet metal, leather, steel, paper, etc. He is constantly experimenting with new elements.

Contemporary drawings nowadays feature a new mix of instruments and surfaces like wood, cardboard, leather, plastic, and canvas. Especially emerging artists keep challenging drawing as an art form. In the last decades, artists have continually pushed the boundaries of what a drawing can mean and be – radically redefining it. 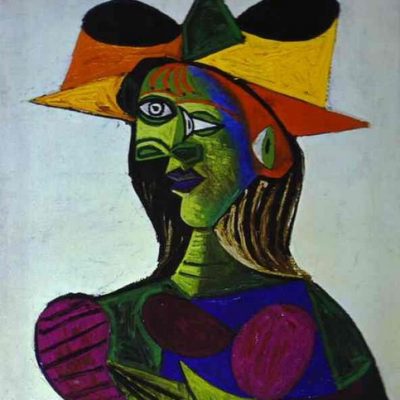