It disappeared a year ago, in January: and in the same mysterious way, the Bataclan door on which the artist Banksy had painted a mural in mourning for the victims of the terrorist attack reappeared last week.

Banksy’s mural on the Bataclan gate

A veiled woman painted on one of the emergency exits used to escape during the concert that ended in tragedy in 2015. The work was found in a country house in Abruzzo. More precisely in the province of Teramo.

The district attorney of L’Aquila Michele Renzo, who in the course of investigating the case, had ordered the search of the property to report the discovery. In particular, the work had been painted in late June 2018 and claimed by the famous faceless artist Banksy. Months later, the Bataclan had denounced its disappearance. They communicate the theft via Twitter.

“A deep indignation” for a work that was “a symbol of recollection and which belonged to everyone. Residents, Parisians, citizens of the world . “

Bansky, wrote the Parisian theater, “offered this work on the Bataclan emergency exit door for one reason. That of his choice as an urban artist and in a moment of homage and support. The very essence of urban art is to give life to a work of art in a particular environment. We are convinced that this work made sense only if it is in this place. It is for this reason that we had decided to leave it, free, in the street, accessible to all “.

The artist’s works are not new to such episodes. For example, a theft of a painting donated by Banksy to doctors fighting Covid19 was attempted in the hospital in Southampton (UK) a few weeks ago. In February, two people were arrested in Paris on suspicion of the theft of the iconic murals on the advertising sign near the Centre Pompidou, which, to date, is still missing.

How much Banksy’s works are worth

Banksy’s street art is a fatal attraction for art collectors. His works, have appeared on walls, buildings, and bridges around the world. From the West Bank to the United States. At auction, their value is over $ 1 million.

Known for their distinctive style and irreverent humor with which he tackles socio-political issues, they enchant the people!

Last October, the large painting depicting House of Commons MPs as a chimpanzee was sold in a private auction for $ 12 million (almost £ 10 million). Certainly a record auction price for a work by the British street artist.

The murals of the sad Bataclan girl are not Banksy’s only work to have been stolen in Paris. In 2018, thieves took a mural of a businessman in a suit and tie who offered a bone to a dog after sawing his paw and also that of a masked mouse brandishing a cutter, who disappeared from outside the Pompidou Center. Some of Banksy’s stolen and recovered Parisian works have been covered by fans with plexiglass. A way to protect them from thieves and vandals. 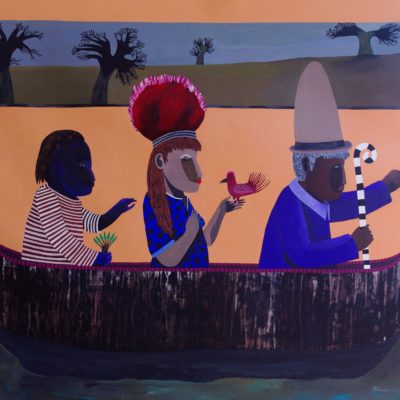