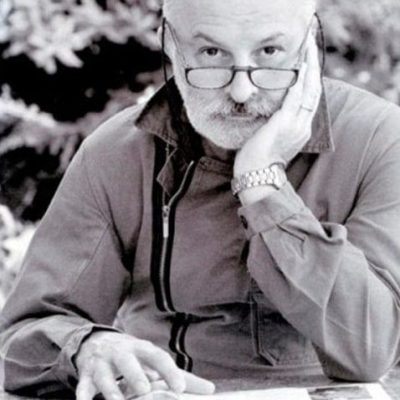 delivers a powerful and chilling rejection of modernization and the culture of mass consumption. He developed an aesthetic based on the act of destruction, his pieces commemorate the obliteration objects in various ways. During his career, Arman had over 600 solo shows and his work can be seen in over 90 museums worldwide.

Arman is most associated with the nouveau réalisme (new realism) movement. An artistic movement that emerged in 1960. It is a representation of France’s response to the trend of pop art that was sweeping Europe and the United States. Arman having first emerged as a lyrical abstract painter, he soon rejected the style and began making sculptures. His inspiration came from the concept of the readymade.

After graduating with degrees in philosophy and mathematics, Arman enrolled in the École Nationale des arts décoratifs in Nice. He soon dropped out due to the conservative views of the school. While studying judo, in 1947, Arman met Yves Klein, who became his life-long friend. He was also his collaborator in the nouveau réalisme movement. In addition to painting, Arman and Klein were deeply involved in the study and practice of Hinduism, Rosicrucianism, and Zen Buddhism. Out of admiration of Vincent van Gogh, who signed his name only with “Vincent,” they decided to use only their first names.

Arman’s most notable work was preoccupied with the consequences of mass production: his Accumulations often reflected on the identical character of modern objects; his Poubelles, or “trash cans,” considered the waste that results when these objects are discarded. Followed by his Colères, or “rages,” which expresses an almost irrational rage at objects. Which, in modern times, threatened to dominate everyday life. Arman delivers a powerful and chilling rejection of modernization and the culture of mass consumption. He developed an aesthetic based on the act of destruction, his pieces commemorate the obliteration objects in various ways.

Arman was born Armand Pierre Fernández to Marie Jacquet and Antonio Fernández in Nice in 1928. Although Arman admired his mother’s strength of character, it was his father’s cultural interests that shaped his career. Antonio enjoyed painting, poetry, and music. He taught his son to paint at an early age. An antiques and furniture dealer, Antonio’s interest in collecting provided fundamental inspiration for Arman’s sculpture, particularly the accumulation pieces.

Following pressure from his father to take a “real” job, Arman enrolled in the École du Louvre in 1949. Where he studied to be an auctioneer. During this time, he continued to paint, adopting a surrealist style. By 1951, Arman had dropped out of the École du Louvre. He started to teach judo at a school in Madrid with Klein. After suffering an injury that would end his martial arts career in 1953, Arman returned to Nice. Where he focused once again on art.

He worked part-time as a salesman for his father’s business. Consequently developing a serious interest in antiques and collectibles. In the same year, he married Eliane Radigue, a composer and pianist. Arman’s painting had evolved into a more abstract style that was heavily influenced by the painters Serge Poliakoff and Nicolas de Staël. After seeing dadaist collages by Kurt Schwitters in Paris in 1954, Arman began to experiment with rubber stamps. Producing works called cachets that were included in his first solo exhibition in 1956. The stamp-and-ink technique marked a rejection of the lyricism of his occasional use of date stamps pointed to a new preoccupation with time.

The Early Career of Arman

Perhaps Arman’s greatest notoriety came in the wake of his 1960 exhibition, Le Plein (Full). In response to Yves Klein’s earlier exhibition at the same gallery, Le Vide (Empty). Arman filled the gallery with trash to the extent that it could only be viewed through the window from the street.

One year later this group would be joined by César, Mimmo Rotella, Niki de Saint Phalle, and Gérard Deschamps. And finally in 1963 by Christo. “New Realism equals new, sensitive, perceptive approaches to the real,” asserted the document, and Arman set out on a new course. He would re-examine the artistic possibilities of everyday objects, elevating the banal to the aesthetic, and refuse into art.

In 1961, he unveiled yet another of the many “strategies” he would employ over his career: the colères manmade objects he would smash, then reassemble and mount on wood panels. These well-known works, together with his coupes (slicing)—objects (frequently mass-produced) he would cut apart then put on display—and his combustions—objects he set ablaze, and whose charred remains he exhibited—represented acts of artistic creation through destruction.

They exemplified the way Arman continually compelled viewers of his work to re-evaluate their ideas with respect to beauty and fine art. Shortly after this, Arman’s growing reputation led to his inclusion in the important American survey, The Art of Assemblage, which was staged at the Museum of Modern Art. During the show, Arman stayed in New York for several months and became fascinated with American culture, later moving there with his family in 1963.

Arman’s first solo museum exhibition opened in 1964 at the Walker Art Center in Minneapolis, followed by his first retrospective in Brussels two years later. In 1971, Arman married Corice Canton after divorcing his first wife. They settled in New York permanently and Arman legally changing his name to Armand Pierre Arman.

His projects became ever more ambitious and prolific and featured accumulations of tools, clocks, jewelry, and countless other materials. He would weld hundreds of these objects together into sculpted formations, some only centimeters high, others filling entire rooms. He would encase the objects in polymer resin to form optically intriguing showcases for them.

As the first contemporary artist to receive commissions from the Renault car company; his collaboration resulted in a series of works using car parts which Arman exhibited at the 1970 World’s Fair in Osaka, Japan. He also drew intense inspiration from the sinuous shapes of string and brass instruments—and harnessed his longstanding appreciation for music. Which created countless accumulations and coupes of cellos, violins, and trombones –  perhaps his most widely known works.

Arman: A Visionary of the People

Since the 1970s, Arman’s art has become even more well-known through his monumental sculptures that can be seen in many places around the world. Among them, Long-term parking, made in 1982 for the Cartier Foundation Park at Jouy-en-Josas, a work composed of sixty cars piled up in a 50 feet high concrete matrix. Even more monumental (98 feet high), Hope for Peace, commissioned in 1995 by the then Lebanese prime minister Rafik Hariri. Which stands alongside the Lebanese army headquarters in Beirut.

Known for his strong views on politics and human rights, Arman served as the President of the New York chapter of Amnesty International for five years. These humanitarian principles also led him to pull out of his first retrospective in his hometown, Nice. During this convention, the guest of honor was an (accused) German Neo-Nazi – and anti-Semitic remarks made by the mayor of the city.

During his career, Arman had over 600 solo shows and his work can be seen in over 90 museums worldwide. Though Arman passed away in October 2005, the efforts of his wife of 34 years, Corice Canton Arman, and of the Arman P. Arman Trust, continue to ensure that his remarkable legacy. His ability to transform and elevate, his political engagement and his incisive humanism – will continue to affect and influence the world he loved so much.