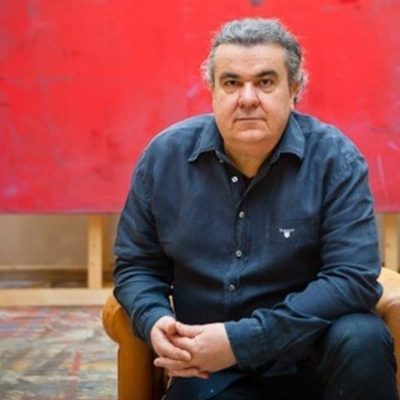 Widely regarded as one of the most influential contemporary artists, Texier’s work shows a keen interest in the history of astronomy which largely inspired the creation of his own personal cosmography. His vision explores the imaginary and the celebration of nature blends with the theme of hybridization in multimedia creations that approach the magical dimension of existence. As the French artist himself says, art is for him “a means of magical thinking”

Born in 1955, Richard Texier is today widely regarded as one of the best living artists of his generation.

Richard Texier began painting at a young age and his keen interest in the history of astronomy. It is indeed in history that he finds the inspiration to create his own personnel cosmography; Theoria Sacra is a later excellent example of his passion.

Since 1992 he has created a number of sculpted works, most notably his bronze mythological animals. These contributed to his interpretation of the concept of hybridisation.

His current work focuses on the Pantheo Vortex, an artistic exploration of the mystery and the beauty of the world. His works are part of numerous important public and private collections, both in France and abroad. Many major museums around the world put on view his work with great success. Among these: the National museum of Taiwan, the National museum of Luxemburg, the Marine Museum in Paris, the Botanical museum of Brussels, the House of Culture Moscow and the Shanghai museum of Fine Art.