Throughout history there have been striking art thefts that have inspired iconic characters and films, but what are the most famous art thefts in history? From the mysterious disappearance of the Mona Lisa to the recent events at the Laren museum, we retraced some of the most unique stories of stolen works of art!

The Parsonage Garden at Nuenen in Spring

The most recent case of art theft coincides with the artwork author’s birthday. On March 30 in fact a painting by Van Gogh was stolen. The painting is”The Parsonage Garden at Nuenen in Spring”. It dates back to when the painter was 30 years old and had recently returned to live with his family. The event took place in Laren in the Netherlands on Monday. Security footage shows the theft author who smashes a reinforced glass door to run away with the precious artwork.

“The Parsonage Garden at Nuenen in Spring” was part of a loan from the Groninger Museum. The painting was needed for an exhibition inaugurated in January which would continue until May. Due to restrictions to contain coronavirus infection, the museum was closed and will likely remain so until June.

However, in the history of thefts of works of art, the most striking and still shrouded in mystery is that of the “Mona Lisa”. Leonardo da Vinci’s masterpiece, stolen from the Louvre in August 1911, was found two years later in the Florentine home of Vincenzo Peruggia, a former employee of the Parisian museum.

The thief, who closed himself in a closet and came out with the canvas hidden in his coat, justified himself by saying that it had been a patriotic act to bring the Mona Lisa back to Italy.

Portrait of a woman

The theft of Gustav Klimt’s “Portrait of a woman” was discovered on February 22, 1997. The work disappeared on the occasion of an exhibition on Klimt. After thirteen years, the painting will be found and recovered in January of this year.

According to the Italian culture councilor Papamerenghi, this was the second most valuable artwork that went missing in Italy. Particularly relevant for the Italian art scene, the painting is second only to a work by Caravaggio that disappeared from Sicily in 1969.

In February 1994 two masked men entered the national gallery in Oslo and stole the most representative work of the painter Edvard Munch. Instead of the canvas, hung on the wall without any alarm or protective glass, they left a note saying “thank you for the lack of security”.

“The Scream” was found 3 months later in a hotel in the capital and brought back to the museum. However, in August 2004 it was stolen again by armed robbers to the teeth. The famous painting was recovered two years later by the Norwegian police.

On March 18, 1990, two thieves disguised as policemen entered the Isabella Stewart-Gardener Museum in Boston and stole 13 paintings. It was probably the largest robbery of works of art in history. Among the canvases were stolen “The storm of the Sea of ​​Galilee”, the only maritime landscape painted by Rembrand.

It was a theft with great resonance and for the discovery of which was offered for the first time a reward, never collected, of 5 million dollars. None of the 13 works of art have ever been found. The museum still displays the empty frames of stolen paintings today.

It is often easy to find them because their value is linked to authenticity; therefore without documents proving their legal provenance, they are in most cases impossible to sell. 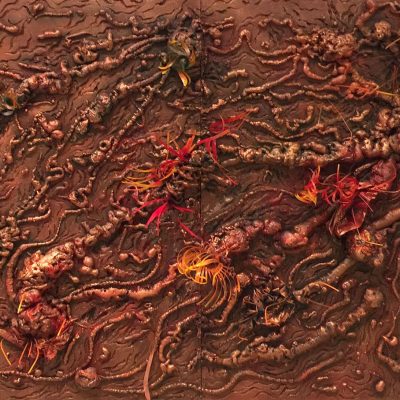