The Museu de Arte de São Paulo commits now towards gender equality in the art world. The Museum acquired 269 artworks by women artists over the last year. The MASP is aligning to a general tendency whose aim is to give proper recognition to art made by women after centuries of men’s art hegemony in museums and galleries all over the world.

Gender equality in the art world

The MASP is now opening to a new artistic phase where unseen notable artworks will widen its permanent collection. In particular, the curatorship selected impressive pieces of art from all over the world. A significant part of the new acquisitions come from Egypt, Morocco, the Philippines, and Uzbekistan. The Museu de Arte de São Paulo is trying this way to give voice and space to notable art that over history was often relegated to the margins of the exhibitions halls.

Gender equality in the art world was always a controversial topic. In particular, the fact that nowadays more and more institutions are opening to a revaluation of women’s contribution to art history is due to the Feminist Art Coalition. The movement, born in the United States, has a defined purpose:

“Motivated by the ethical imperative to affect change and promote equality within our institutions and beyond, these collective projects will advocate for inclusive and equitable access to social, cultural, and economic resources for people of all genders, sexualities, races, ethnicities, classes, ages, and abilities”

Thanks to the artistic director Adriano Pedrosa, the MASP distinguished for giving important spaces to underlooked histories of art. The tendency seems to finally erase the boundaries that have always put the European male artists in a centric position.

This past 2019 the MASP launched two main exhibitions. “Histórias das Mulheres” is a show that collects women’s art prior to1900. The second exhibit that focuses on gender equality in the art world was “Histórias Feministas”. Over this show, the MASP displayed art by contemporary women-identified artists with works since 2000.

The co-curator of “Histórias Feministas”, Isabella Rjeille said in a statement:

“This is a historical step for the institution toward a more balanced representation of art history. This is known for its major presence of white, male and European artists.”

As part of this commitment, the museum hosted 12 solo exhibitions of women artists in the last year. These include artists as Anna Maria Maiolino, Gego, Laure Prouvost, and Leonor Antunes.

The new acquisitions of the Museu de Arte de São Paulo in addition to enlightening a consistent female artistic production, also mirror a variety of styles and artistic media. Among the new acquisitions are works by Geiger, Antunes, Virgínia de Medeiros, and Serigrafistas Queer. Also, there works by Carolina Caycedo, whose 40 India ink drawings are already on display in the permanent collection galleries.

After centuries of patriarchy in art, women are finally obtaining the due recognition in the art world enriching with powerful creations our artistic patrimony. 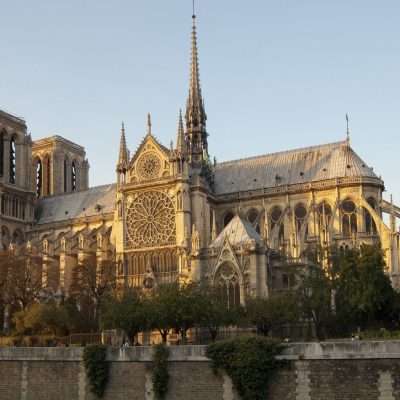