The Magical Realism of “Young women at the sea” marks a new auction record for Ubaldo Oppi. The suggestive painting by the Italian artist is one of the most representative examples of the artistic current of the 1920s. The artwork was auctioned for 200 thousand euros.

The “modern classicism” of Ubaldo Oppi

Ubaldo Oppi’s painting marks a return to classical tradition after the avant-garde of the beginning of the century. In Oppi’s artistic imaginarium, in particular, symbolism is a fundamental feature. Through a poetic, and at times melancholic, figurative art, the Venetian painter brings a “modern classicism” to his canvas. “Young women at the sea“, as well as the other works of the master, underlines the reference to Italian paintings of the 15th century. Here, the metaphysical language is extraordinarily clear. Above all, the great peculiarity of Oppi’s art lies in the synthesis between the pictorial symbols and the sharpness of the drawing. An approach clearly inspired by the lessons of the ancient masters.

The auction record testifies to the renewed interest in meditative and elegiac painting. More precisely, the works of the Venetian artist often investigate the relationship between man and nature. His artistic vision evokes mythological and sacred themes. In a later period, however, Oppi will focus on subjects that contemplate the misery of the human being. Among the works of this artistic phase there is “Peasant at night“, 1928-1931. The emaciated figures and the painted figures’ expressive harshness reinforce the metaphysical value of the work. A sense of loneliness dominates the canvas. A feeling that is definitely different from his preceding works.

“Peasant at night” was sold in the same auctions of “Young women at the sea” for 175 thousand euros.

A renewed interest in the artist is certainly developing. For example, just two months after the auction record, “Blind and other figures“, 1922, was sold in Milan for a considerable price. The artist’s quotations register an increase that seems destined to grow in the coming years. Especially if we consider that back in 2015 the work “Amazons” of 1924 had reached just 63 thousand euros.

Today it is possible to admire this suggestive work of Ubaldo Oppi in Florence, until April 13, 2020. In particular, the work is part of the exhibition “Portrait of a woman. The dream of the twenties and the gaze of Ubaldo Oppi ”at the Palladian Basilica of Vicenza.

Those who love Oppi’s painting and Magic Realism will be able to explore the symbolic languages ​​of the artistic current at the Royal Palace in Milan. In fact, from October 2020 the artistic institution will host a review on Magic Realism.

The exhibition responds to the success of the 2006 exhibition in Paris. The Grand Palais in Paris hosted a remarkable genre review, “Italia nova, an adventure of Italian art“. The exhibition paved the way for a new collecting interest for all the artists of Magic Realism.

Just a few months before the performance at the Grand Palais in Paris “The shipowner’s son” of 1925 had reached 82 thousand euros. Today the painting’s value is between 175 thousand and 300 thousand euros. 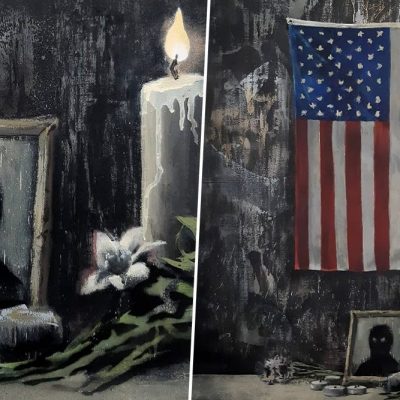