Banksy continues surprising. The British artist has created a new work to raise awareness about the impact of the wall built by Israel during the second Intifada of 2000. In particular, Banksy chose Bethlehem, to propose a “modified Nativity” – as he himself defined his latest creation on Instagram.

The work, called “Scar of Bethlehem” was placed right at the entrance of the Walled-off Hotel. The hotel, built in front of the wall, houses works by Banksy and other artists. It was inaugurated by Banksy in 2017.

Through the use of Christian symbolism, the Bristol artist makes his statement on the conflict between Palestinians and Israelis. The work consists of a small manger, an icon of the Christian Nativity, leaning against a piece of Israel’s protective wall. However, the most remarkable feature of the Scar of Bethlehem is the jagged hole inside the wall.

The hole of a shot becomes in Banksy’s imaginarium the comet star. The words scratched in English and French on the background wall are “peace”, “freedom,” love “. In addition, in much smaller characters follows the wording “offer subject to terms and conditions”.

In a symbolic choice that leaves no room for misinterpretation, the artist chooses to openly criticize the West Bank’s separatist policies and social disparities. Above all, the comet star in Christian iconography is a symbol of joy, which announces the coming of Christ. In Banksy’s work on the other side, it becomes the symbol of fierce violence and injustice.

Banksy is not new to forays into the conflict. In 2007 he left various drawings on the wall of Bethlehem. These included the famous one of a girl inspecting an Israeli soldier with his arms raised and the rifle placed next to him. In 2005, however, he made nine different drawings with the stencil technique. Among them a ladder leaning against the wall and a girl who is carried up by balloons. Above all, Banksy’s intention is to highlight the impact of the wall on Palestinian life.

One of the murals of 2007 portrayed a donkey stopped by an Israeli soldier for a document check. The work aroused several controversies until its mysterious disappearance. Currently, according to Banksy’s agent, Jo Brooke, the work is certainly on sale on the international market.

Moreover, the Walled-Off hotel itself can be defined as the symbol of a precise ideology. The hotel – whose launching slogan was “the hotel with the worst view in the world” – looks directly onto the wall and has become over time a point of reference not only in welcoming tourists but above all as a political emblem.

The hotel manager, Wissam Salsaa said about the work:

“Banksy is trying to be a voice for those that cannot speak. He is creating a new model of resistance through art.”

The work comes after the one made in mid-December in Birmingham. In particular, the piece showed two reindeer painted on a wall as if pulling a bench as a sleigh. In a video posted on his Instagram page, the bench is occupied by a homeless man, a modern Santa Claus that raised other social considerations. 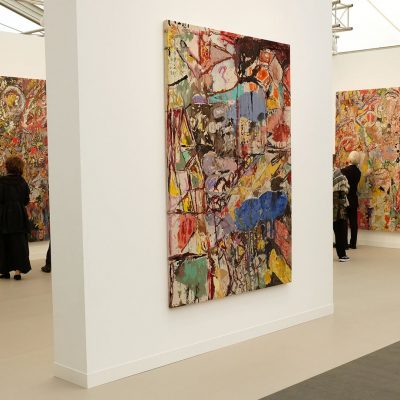 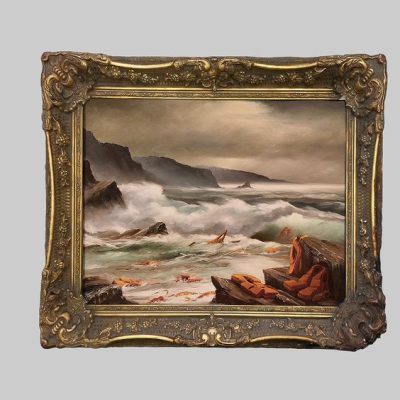 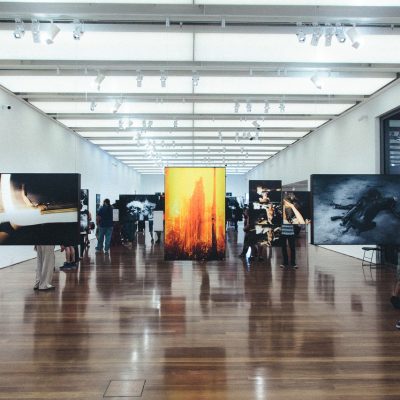