A painting that has always been attributed to a man is actually by Artemisia Gentileschi. The large oil painting, dating back to the end of 1630, depicts David triumphantly sitting on the head of Goliath. A biblical story was the favorite subject of both Artemisia and her father, Orazio Gentileschi. Today the restoration confirms the attribution to the most famous female artist of the Italian Baroque period.

The story of the discovery: David and Goliath

David and Goliath, a painting that emerged for the first time in 1975 at a Sotheby’s auction. For decades it has been attributed to Francesco Guerrieri, an appreciated pupil of Orazio Gentileschi.

It took decades of study and research. In the end, the irrefutable evidence emerged following the cleaning of the work. In fact, the signature of Artemisia is on David’s sword.

The first doubt on the authorship of the work comes in 1996. Some years later the Hampel Fine Art Auctions in Monaco displayed it in 2018. Artemisia’s role in the history of art had meanwhile consolidated. Doubts had arisen precisely on the attribution of David with the head of Goliath.

The ocher color of David’s suit, for example. And the same central figure of David refers to the famous self-portraits of Artemisia. But behind it, there is a large number of documents that attribute to the painter more than one picture with a similar subject.

The story, in addition to being a lucky find, further relaunches the preciousness of the London opera. In addition, it highlights the uniqueness that Artemisia Gentileschi has represented in history. It is, in fact, one of the few female artists to embrace the craft of painting in the 16th century. Certainly, the most famous one that has come down to us.

David and Goliath by Artemisia Gentileschi

The proof of the attribution of the work emerged following recent restorations and cleaning interventions signed by Simon Gillespie.

Details such as David’s sleeve, the light on his face and the minimal landscape provided further evidence. The most incisive, however, is the signature along the blade of David’s sword.

Once dust and dark particles were removed, Artemisia’s signature appeared along with the numbers “16-“, probably the date of the painting.

According to the scholar Gianni Papi, the painting could even have become part of the collection of Charles I for a period, who owned several works by the Roman painter.

In the era of commitment to the great rediscoveries of art and history, the new attribution falls casually close to the Artemisia retrospective (from April 4 to July 26, 2020) that the National Gallery dedicates to it, with a wide selection of its good jobs, from the youthful phase to full maturity. According to studies, the work, dated 1693, dates back to the London period of Gentileschi.

David with the head of Goliath will not be exhibited among the approximately 30 paintings in the National Gallery exhibition, but will instead be shown in Gillespie’s London studio. 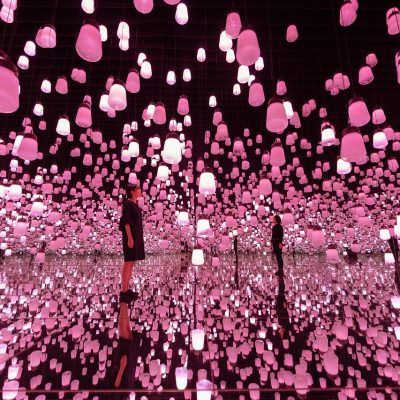