Owing the majority of their style to the aesthetic of Bauhaus in Germany, a group of Moroccan artist known as the Casablanca School traveled to Marrakech. In 1969 the staged an exhibition in the street. Tapping into the history of abstraction in Arabic art, and heavily influenced by the “hard-edge” paintings in New York by Frank Stella or Elsworth Kelly. The paintings hung on the city’s dusty walls, were a riot of color and pattern. Taking place near the city medina the Exposition-Manifeste intended to snub the official showroom of Moroccan art.

Now 82, Mohamed Melehi, recalls, “We took a position against the government,”. He continues “Our works were in Jemaa el-Fnaa square for a week, exposed to the sun and wind. It was an ideological message about what art could be.”

Melehi’s work had been somber until the 1969 exhibition. Developing his style and after spending time in America, his work became characteristically full of color. His patterns a visual representation of the psychedelic freedom of the time. The wavy parallel lines he would use throughout his career took root during this time.

Wishing to spread the modern American values to the developing world Melehi started a scholarship. The terms of which dictate that international students returned to their home country after their studies. Hoping “to unite, to maintain and enlarge the friendly solidarity which united or should unite all civilized beings”.

Eight years after its independence, Melehi found that art played a vital role in Morocco politics. The country, in a crossroads as King Hassan II, hung on to power. “The political atmosphere was very tense. People were trying to claim their freedom and their right to live in democracy.” His art, a safe way of protest. At the time “The authorities did not see the link between art and politics.”

Aspiring to develop modernism that did not mimic the western aesthetic Melehi ingratiates his art into Moroccan daily life. With fellow innovators, Farid Belkahia and Mohammed Chabâa they install their art with the local culture. Melehi was included in the 1963 exhibition Hard Ege and Geometric Painting and Sculpture in America. Melehi reflects, “Hard-edge painting made me rediscover the abstraction inherent in Islamic art,”. Now teaching at the art school in Casablanca, Melehi encourages his students to explore their surroundings. Asking of them “ what could we find in Morocco that was an expression of modernism?”

Seeking an audience away from the constraints of the museum Meheli continues to work outside. He paints on wood and takes on several collaborations with architects. Seeking to create “postcolonial architecture”. While his paintings entertain a small group of scholars. However, his joyful palette and patterns show Melehi is still looking to influence and reach a wide audience.

On display until June 22: New Waves: Mohamed Melehi and the Casablanca Art School is at the Mosaic Rooms 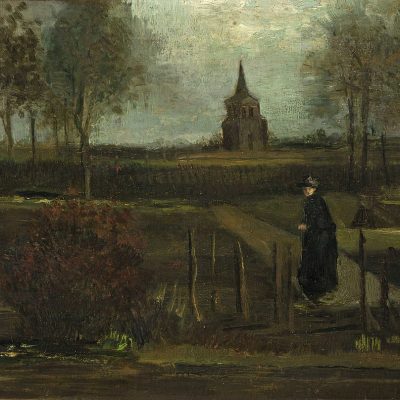 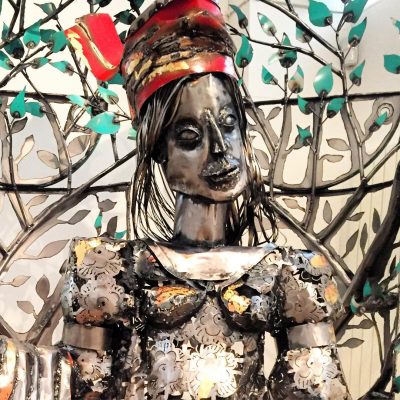