Latin American Art has made interesting contributions over the years to many artistic genres. Artists from Latin America have profoundly influenced the traditions of Performance Art, Minimalism and Conceptual Art. Although they have not always been at the center of the scene, Latin artists have recently received the attention of the main international museums.

It is a vast artistic heritage that offers valuable investment opportunities for Art Collectors. A trend that embraces not only contemporary Latin American art, but also African art, which is opening up new paths in the contemporary art market. But what are the reasons behind this widespread phenomenon?

First of all, Latin art has a strong identity connotation. The main artistic references – from a representative point of view – concern the themes of socio-cultural differences and alienation in Latin America. The desire of the artists is to depict the fractured identity politics that followed the military dictatorship.

Latin American Art has rarely been influenced by European art. More often, however, it developed independently, partially preserving indigenous imagery. Styles from Europe and the United States are generally filtered based on local culture and pictorial tradition. It is therefore clear that what Latin artists seek is an art that is the mirror of society. An art that is capable of combining personal imagination with popular culture and customs.

Before the emergency caused by the coronavirus, many exhibitions had scheduled appointments and reviews on Contemporary Latin American Art. Words / Matter at the Blanton Museum of Art, at the University of Texas in Austin, scheduled the showcase of over 150 Latin American artworks from the 1930s on. In Europe, however, the 21st edition of Art Paris provided works by more than 60 artists from Argentina, Brazil, Chile, Colombia, Cuba, Mexico, Peru, and Venezuela.

From its beginnings in the 1960s, Latin American contemporary art has not stopped evolving. Among the most influential artists of the contemporary South American artistic panorama, we can mention Gabriel Orozco. Mexican, Gabriel Orozco exploded onto the international scene in the 1990s. His works incorporated a multitude of different media — from drawings to installations, to photography, sculptures.

According to the Guggenheim, “Orozco’s aesthetic vocabulary is indebted to Conceptualism, the artistic traditions of his native Mexico, and Marcel Duchamp’s readymades. The fragile relationship of everyday objects to one another and to human beings is Orozco’s principal subject.”

Francisco Sepulveda is instead a prominent artist with regards to painting. The historical reference to his continent is clear in his works. Often, in fact, in the imagination of Sepulveda, there are mysterious characters engaged in rituals and dances. The artist’s works are already among the prestigious private and public collections worldwide. To cite a few: New York Public Library in New York, Graphische Sammlung Der ETH in Zurich – Switzerland, the Musée de l’ Estampe et du Dessin Original à Gravelines – France, Centro de Arte Contemporaneo de Cordoba -Argentina. He is one of the young representatives of the Latin American pictorial scene in Europe and received the Artist of the Year in 2009 for Azar – International Painting Magazine. 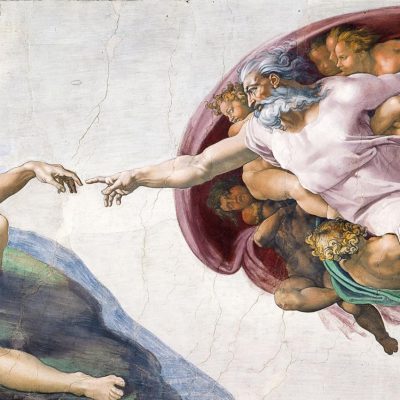