The new year began with notable art appointments foreshadowing a year in the name of exceptional events, between contemporary art fairs and exhibitions.

The Doha fire station of the Qatar museum hosted the first exhibition dedicated to KAWS in the Middle East. Far from there, the Louvre will host until March 9th a series of exhibitions for the centenary of Pierre Soulages, the painter of the “Beyond black“. The Museum of fine arts in Houston is hosting Norman Rockwell‘s traveling exhibition. “American Freedom” will be on view until March 22nd. Furthermore, the universal figures of Florence Lai are now the protagonists of a solo exhibit at the Mamc of Sant-Étienne. A great moment for the artists after the consecration at the 2017 Venice Biennale.

The reopening of MoMa is undoubtedly among the most interesting contemporary art events of early 2020. After the restyling and expansion, the museum in the heart of Manhattan remained a “street institution”, as the art historian Glenn D. Lowry defined it.

Among the most remarkable art events at the beginning of the year, there is certainly Art-Genève. This year’s fair also saw the participation of a prestigious parterre of international galleries. The choice of the proposed artists is particularly eclectic. The fair put on display exceptional works by modern and contemporary authors. The selection of artists includes Sonia Delaunay, Pablo Picasso, Etel Adnan, and Laure Prouvost.

Brafa is also among the contemporary art fairs that welcomed the new year at the best. Now in its 65th edition, the Brussels fair registered eight new entrances despite the total number of galleries remaining stable. One hundred thirty-three galleries of which only one third are Belgian. This year in particular – although the historical core of the fair is about ancient art – modern and contemporary works were widely represented.

Concluded on January 26th, the longest and most traditional among the Italian market-exhibitions, the ArteFiera of Bologna, reached its 44th edition this year. Among the novelties, there is the section dedicated exclusively to painting. Also, there was a focus on the period between 1950-1970. Above all, the kermesse maintains its popular identity, open to a wide audience and with a diverse range of artists involved. Among the most illustrious names of this year’s edition are Joana Vasconcelos, Mark Francis, Michael Bauer, and Sergio Vega.

From the 6th to the 9th of February, the iconic Van Nellefabriek factory will host the 21st edition of Art Rotterdam. Among the various projects on display three totally new ones are expected. In particular, The Performance Show, Mural Machinepainting Show, and citizenM Projections, the latter dedicated to video art.

The 16th edition of Art Genova will be on view from the 14th to the 17th of February. Four days of culture and art investment attended every year by a considerable number of operators, visitors, investors and collectors from all over the world.

Finally, London’s Kensington Town Hall will host the Parallax Art Fair. Over 7000+ pieces will be on display among decorative and applied art from England and abroad. 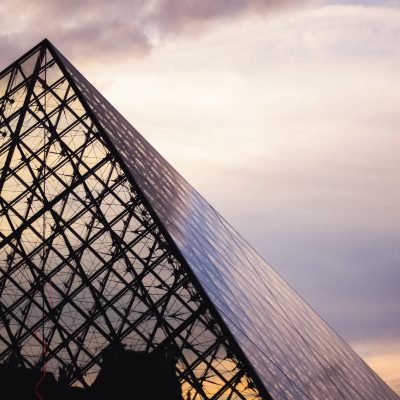